Friday the 22nd of October proved to be the best day I’ve seen in a while with the convection developing to the west over the ranges and moving slowly east. I decided to launch at around 1:30 in the afternoon when the lift  was improving at the airfield, seeing the Cumulus developing as predicted to the west I instructed Lloyd to launch me to the north of the field, where I felt the lift under blue conditions may be better.

Releasing at 2000 in lift I continued to climb looking for enough altitude to confidently head West. Struggling at 2 ½ thousand over the Speedway I just couldn’t seem to find the strong cores. I edged my way further west and found a thermal that got me to 5000.

Cruising at about 60 to 65 knots for 12mins I engaged my first CU with a climb to cloud base at 6300ft, it was cherry picking from that point onwards.

Crossing the river at 5 1/2 thousand over Murbko to another nice CU, I began my harvest cherry picking my way to Blanchetown, departing cloud base at 7400 over the town I turned east for Maggea, 8000 over Notts Well, and landed in a good 10 Knotter 10 miles further down track where I played a little with shear wave at 9400, although I need a bit of work in that department..

Making the turn point at 7000 I headed back to Waikerie without having to crack one turn! all-in-all I managed to squeeze out 185 km from the day in 3hrs 42mins at 53kph.., and was feeling pretty chuffed with my efforts, celebrating with a Cointreau Frappe at the bar before the committee meeting. Oops… OLC 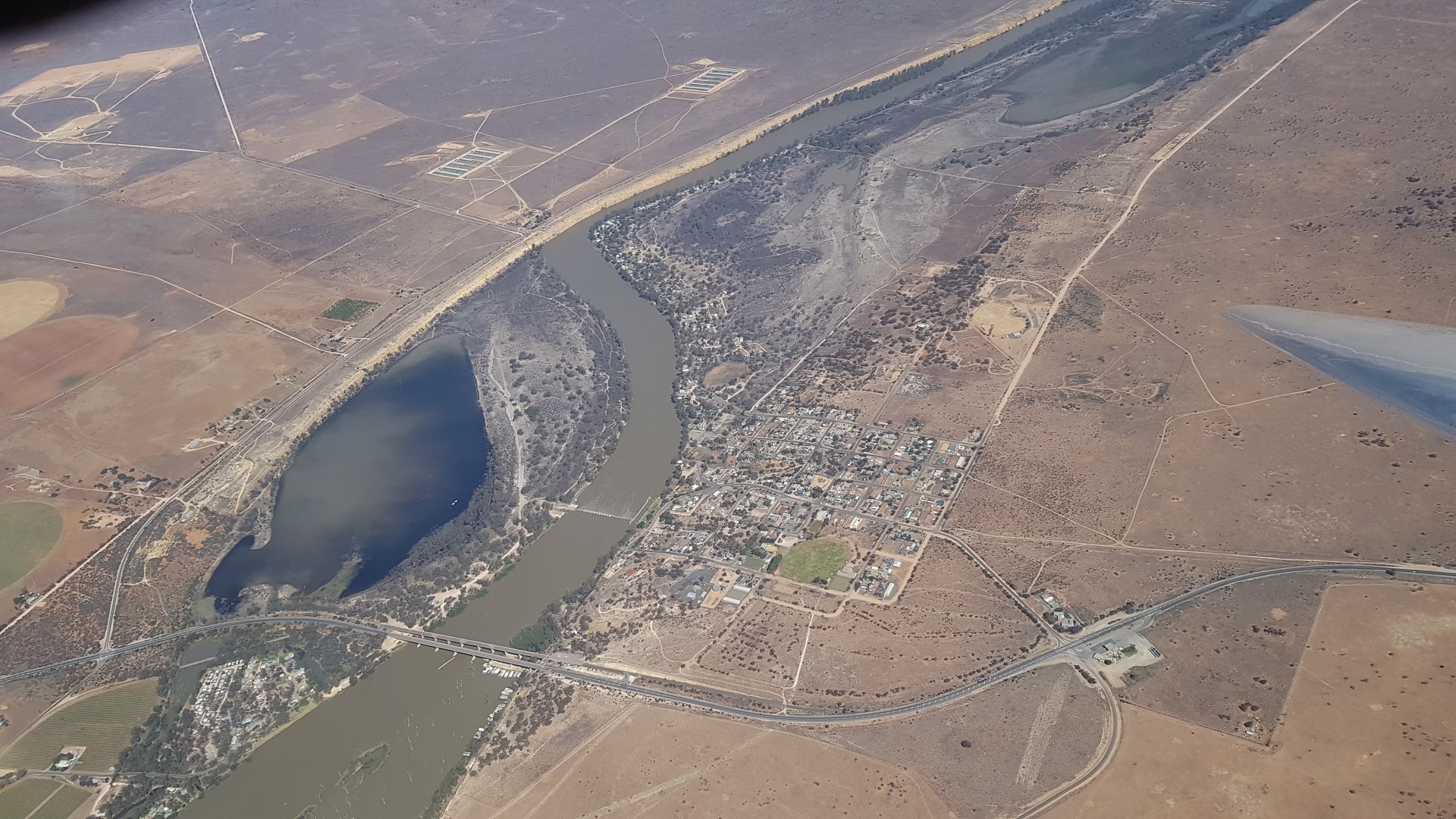