A big thankyou to the hardy few who assisted with the working bee on Saturday. We managed to tick off about 80% of the list.

Rabbit warrens were poisoned, blocked and filled at the fuel bowser and inside the igloo – I was astonished at the extent of the warrens in the igloo.

Some of the shelving was moved around in the igloo and tools, paint etc. were made more accessible.

The southern end of the 02/20 runway which had been previously levelled, was fertilized, seeded and watered.

Pop-up sprinklers on the clubhouse lawns were checked and one replaced, with others also needing attention.

The office, briefing room and pie-cart all had ‘birthdays’ and not only look clean, they smell clean too!

Clubhouse cobwebs were swept, recycling was sorted and rubbish put out for collection.

Door seals on two rooms were fixed with three others yet to be done.

Weeds around the hangar and igloo were removed and spot spraying of gazanias continued on the pads.

All the drippers on the trees have been checked and replaced where necessary.

Rod had previously mowed the clubhouse lawns – thanks Rod.

Thanks go to Mark, Craig, David, Cathy, Wayne, John, Art and Lloyd for their help on the day. 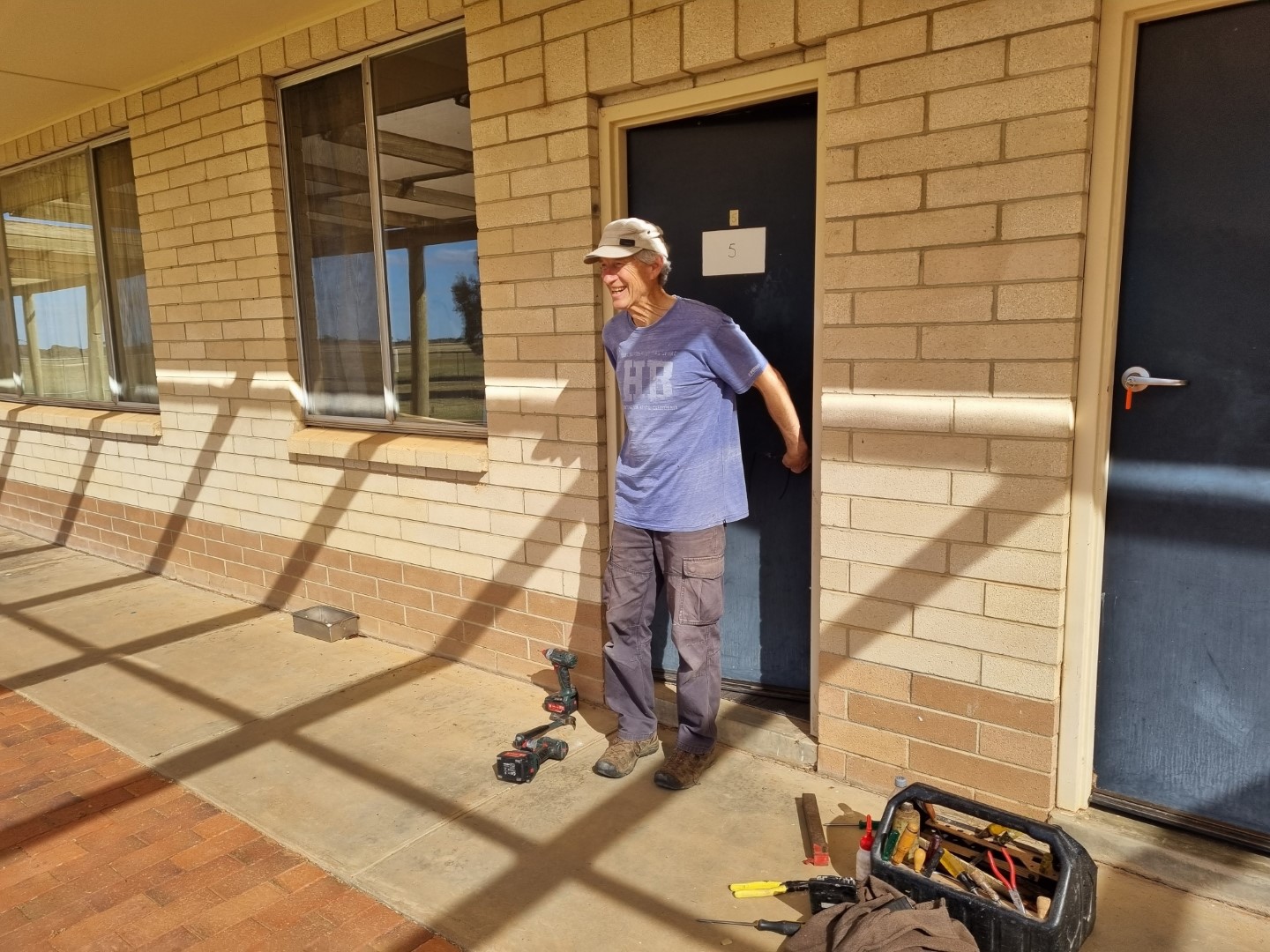