0429 413 570 contact@waikerieglidingclub.com.au EST. 1937
0429 413 570 billmudge@bigpond.com EST. 1937
It’s that time again, when the Waikerie gliding club’s towplane gets
a holiday by the sea. A.k.a annual service at Parafield. And I get my
annual exposure to controlled airspace. Nice flight, now I’m waiting
for the bus home.
On Saturday I took WGC down to Parafield for its annual service. Just
in time, its maintenance release expired the same day.
Club members would have seen Bill saying there would be no launches
after 2pm Saturday, but on the day, the only flight was an AEF at
12:30. So I got under way earlier.
The weather wasn’t magnificent but forecasts put the clouds higher than
the hills on approach to Parafield. So did the weather webcam at
Parafield. Good enough. I had already flight-planned so after launching
the AEF, I re-fuelled the tug, grabbed my navigation stuff and got
airborne.
Navigation is pretty easy for the first half of the trip: “keep the
highway just to your right” would do. The Pawnee isn’t optimised for
travel – its navigation instruments amount to a bubble compass – so I
bring Ozrunways and a spare GPS, though I try not to rely on them,
still recording position fixes on a paper chart every few minutes.
After Blanchetown it’s harder to get fixes and there’s airspace to
avoid. The recommended inbound track to Parafield is via Warren
Reservoir which isn’t easy to see until you’re within a mile or two.
Same for the next waypoint, Dam Wall.
At Dam Wall you call Parafield Tower to ask for a clearance. At this
point you’re fairly close to the ground due to airspace and it’s a
high traffic area, so it’s a busy time.
On Saturday Parafield airspace wasn’t busy: I was given “make visual
approach runway 21 right” and a minute later, “clear to land”. So we
did those things, WGC providing its usual smooth approach.
Taxi clearance is needed as soon as you’re off the runway. With that,
no rush while taxiing to the tie-down area – the grass in front of Aero
Service. Phew, done, photo time.
Then to bang in some pegs and tie the Pawnee down: worth doing as it’ll
be there until Monday. And give the old girl a pat on the nose in
thanks, grab my bag and start walking to the bus stop. Cheers Pete. 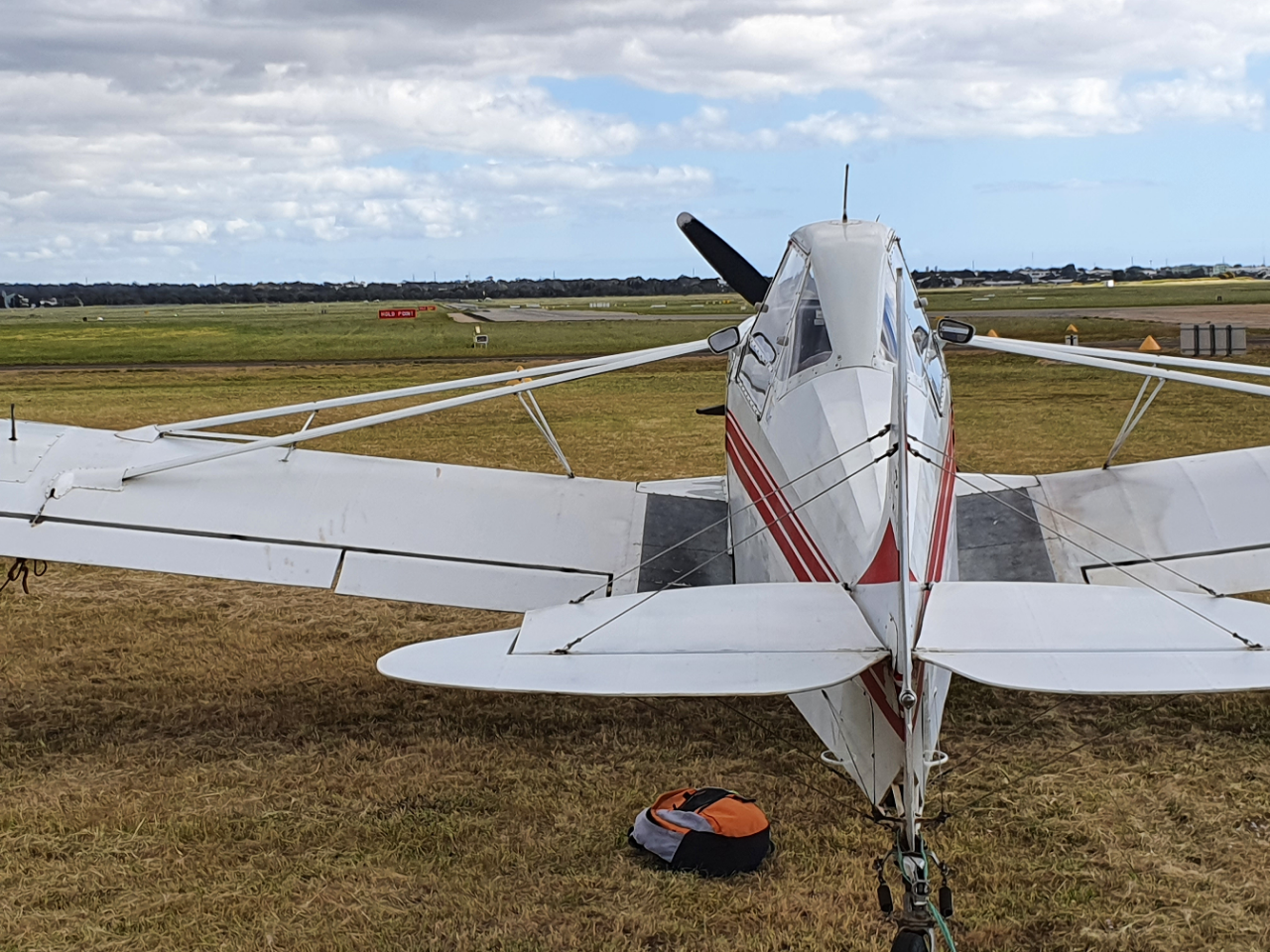 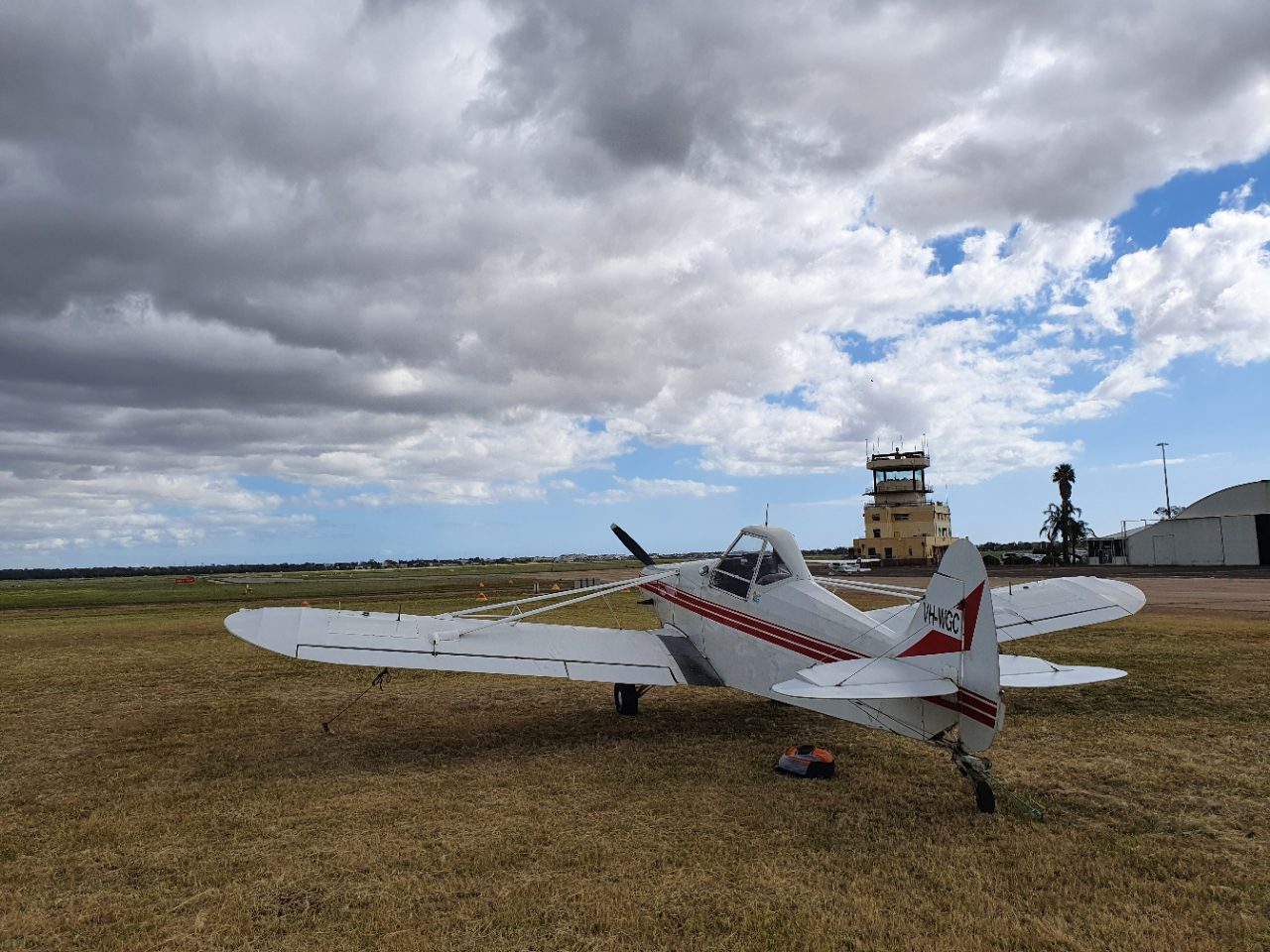