With the working bee fast approaching, and scheduled for the weekend of the 18th and 19th of September.

Rod van den Brink decided to get in early, mustering up some serious assistance from his friend Steve who offered this special effort on this particular occasion, and managed to spot spray every Gazania that’s stuck it’s head up out of the 20/02 and 26/08 pads not limited to the runoff area to the south of the apron, the thresholds and a good 20 metre wingspan either side on both pads in  particular on the eastern threshold of 08, in addition to the grounds around the clubhouse lawns. consuming more than 1500 lt’s of mixed herbicide with a red indicator. 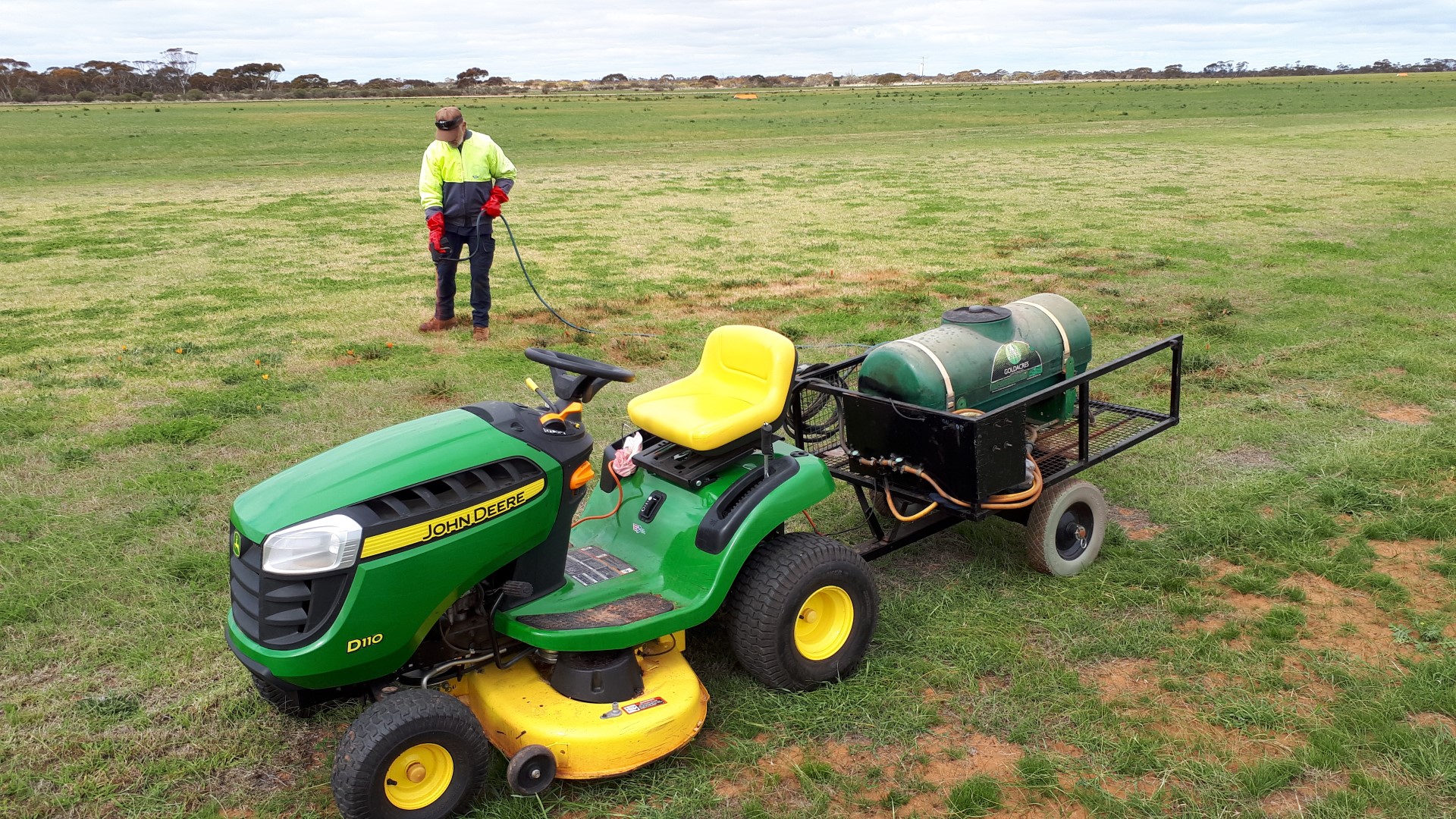 According to my mathematics I figure that’s about 20000 Gazanias, pretty hard to believe but they’re the numbers.

We also managed to distribute around 44 tonnes of red sand, top dressing the southern end of the two zero pad where Bill was able to irrigate soon after Steve had levelled it all out.

Steve also managed to look at the northern access door on the Bellman Hangar fixing the latch that wasn’t correctly seated in the lock Jamb.

All and all it was a successful outcome for the club and all involved. An emphatic thanks to Steve for his diligent effort over 5 days performing these tasks with surgical precision, a big well done. 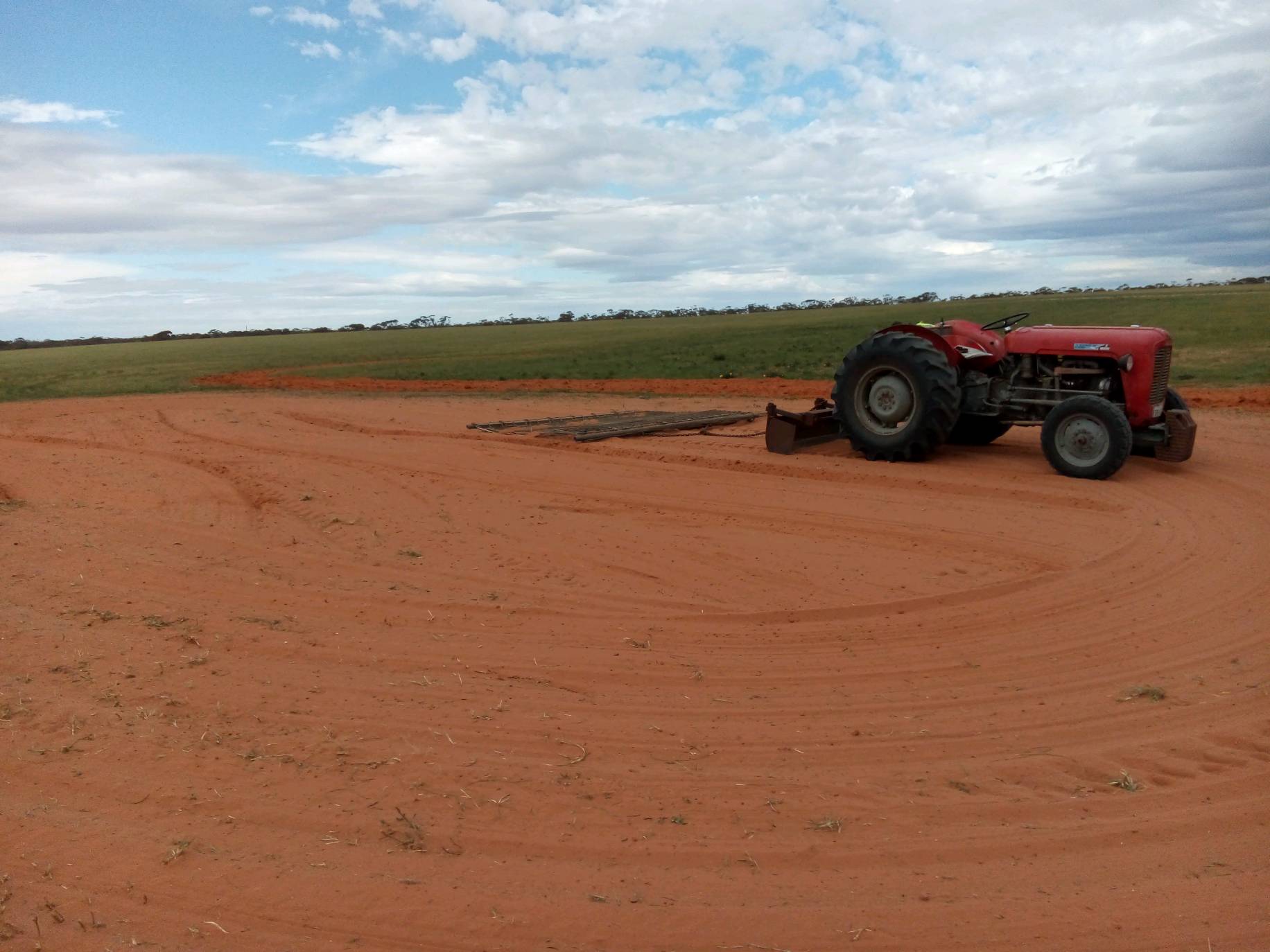 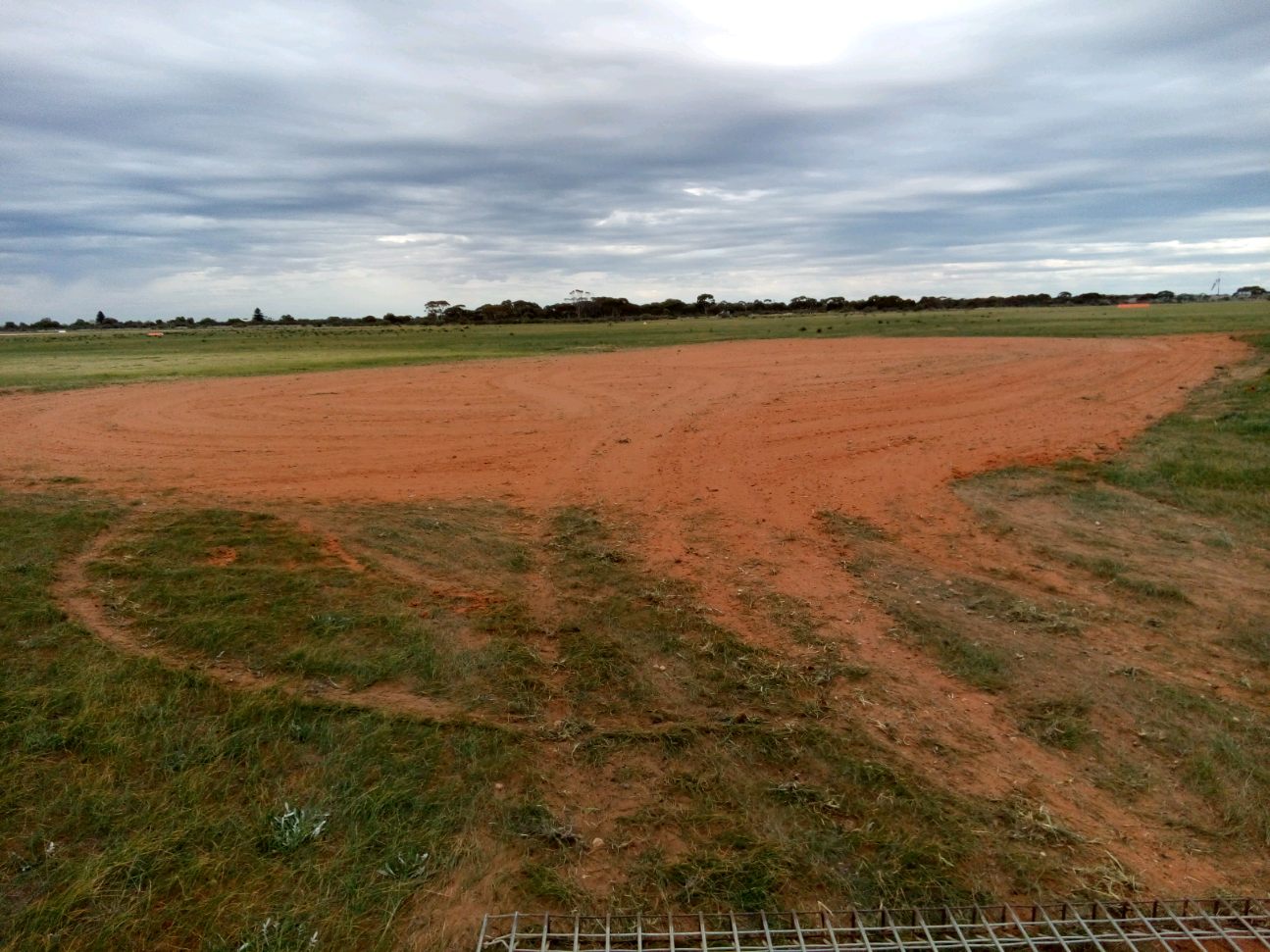 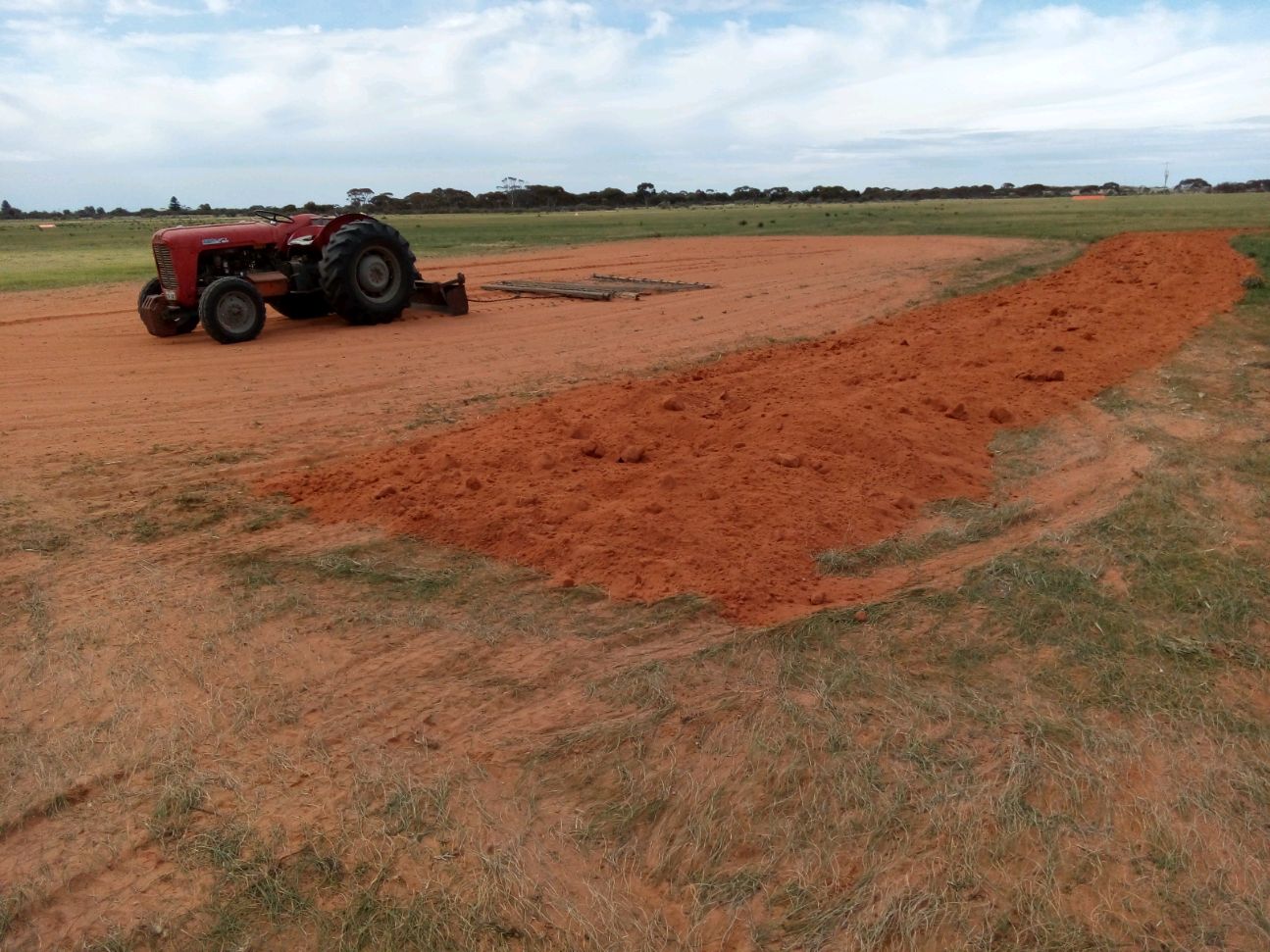